Come to Me and Drink 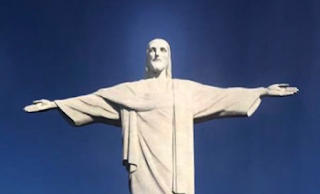 We don't find a "meek and mild" Jesus at the Feast of Tabernacles in John 7. He is assertive, speaking decisively about his connection to God, his earthly mission and saving power. Earlier, Jesus had claimed to be the bread of life. In the next chapter he offers himself as light of the world. His itinerant ministry of teaching and healing is concluding with bold claims.

I've been wondering about my reaction and response had I been in that crowd. Would I have been receptive, offended, noncommittal? The question persists.

...he who sent me is true.
You do not know him,
but I know him
because I am from him
and he sent me.

You know God?
He sent you here?
Seriously? That's quite a claim!

Would I have been threatened?
...outraged?
Like the Pharisees.

Let anyone who is thirsty
come to me and drink.
Whoever believes in me,
as Scripture has said,
rivers of living water
will flow from within them.

So many are thirsty.
Some are parched.
Yet they decline the cup.
Friends. Family.
Coworkers. Neighbors.

Holy Spirit,
Extend the cup.
Touch it to their lips.
To the heart and mind.
Give them a sip of living water.
Amen.

"I am trying here to prevent anyone saying the really foolish thing that people often say about Him: I'm ready to accept Jesus as a great moral teacher, but I don't accept his claim to be God. That is the one thing we must not say. A man who was merely a man and said the sort of things Jesus said would not be a great moral teacher. He would either be a lunatic — on the level with the man who says he is a poached egg — or else he would be the Devil of Hell. You must make your choice. Either this man was, and is, the Son of God, or else a madman or something worse. You can shut him up for a fool, you can spit at him and kill him as a demon or you can fall at his feet and call him Lord and God, but let us not come with any patronizing nonsense about his being a great human teacher. He has not left that open to us. He did not intend to."