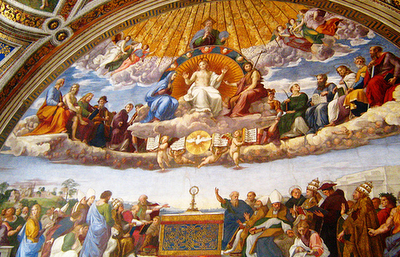 What if Jesus had walked the shores of the Neuse or Cape Fear Rivers rather than the Sea of Galilee? Our minister suggests that the Eucharistic symbols might have become hush puppies and sweet tea!

“Down East” or Middle East, what do the symbols mean to you? And let’s pray:

The minister gave me a surprisingly large portion from the Communion loaf on Sunday - sort of a sacramental chaw. You must have been sending a message.

Was it representative of the sin I brought to the alter? A major offense.

Was is about mercy? A major pardon.

Was it about blessing? Far more than I deserve?

Was it about love? Far more than I can fathom?

Something to chew on as they say…but I think the answer is “all of the above.”

At communion…
I ask your forgiveness.

At your table, I celebrate…
Abundant mercy, blessing and love – a very large portion!

In the name of the one who makes it possible, Jesus Christ. Amen.