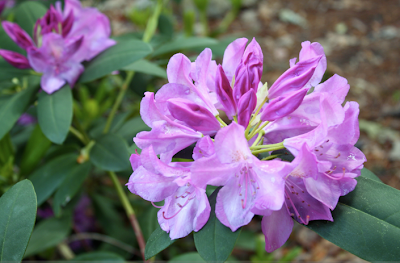 I don’t remember much about being in the children’s choir at Trinity UMC in Richmond (somewhere back in the prehistoric 1960s) except for the words to the hymn, "This is my Father’s World."

This is my Father's world: the birds their carols raise, the morning light, the lily white, declare their maker's praise.

This is my Father's world: he shines in all that's fair; in the rustling grass I hear him pass; he speaks to me everywhere.

I’ve since learned that this great hymn was written by Maltbie Babcock, a renowned Presbyterian minister in the late 1800s.

…but I’m partial to him because he was a baseball pitcher and swimmer at Syracuse University.

Also, he was an accomplished musician and an avid fisherman. A sensitive, creative man with a great appreciation for creation! 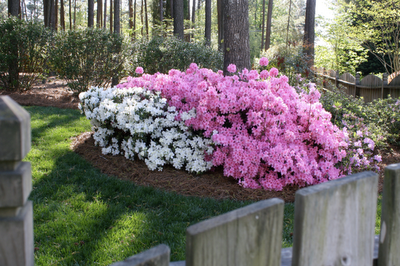 Father, thank you for a Technicolor springtime. The azaleas, rhododendron and dogwood have been brilliant - even in the weekend rain. Did I get a glimpse of the Kingdom!?!

Nature answers the call of Psalm 100: “Shout for joy to the Lord, all the earth.”

It is Providential design that Eastertide comes in the spring. What appeared to be dead is very much alive! In nature we see the Kingdom’s tapestry. In Jesus we amend God’s presence.

Christ proclaims in Mark 1:14 “The Kingdom of God is near. Repent and believe the Good News.”

…that our hearts and lives, evermore connected to the Kingdom of God, may shout for joy!